“Waiting To Fall is a performance/video work that involved depriving myself of sleep for over 35 hours and then standing upright in front of the camera. After several hours I fell.” 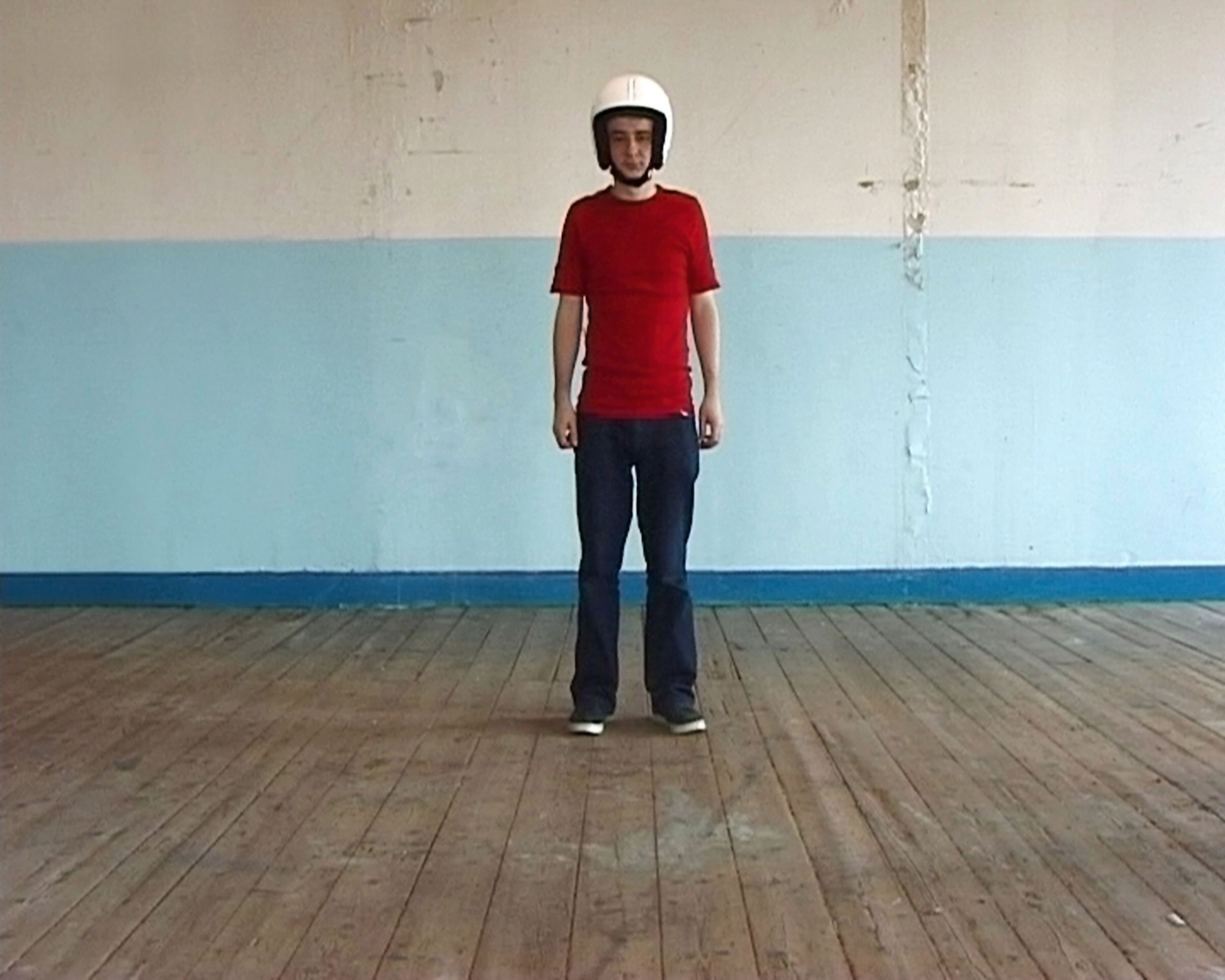 “The two gallery rooms accommodated three video projections effortlessly and in the spirit of minimalist aesthetics. On the wall opposite the entrance Waiting to Fall (2001) raised unlikely resonances with the myth of Icarus and the tradition of self-portrait. Doherty, casually dressed, wearing protective helmet is gradually loosing the battle with induced sleep, crashing loudly onto the wooden floor towards the viewer. The tropes of modesty visualised in the attire and sensible care allow for reference to the opposites: putting Self and his identity in the centre. It is not an image of Spinozian joy of living or subversive criticism of a failing individual. It is, I propose, an ‘essai’ – the noun form of the French verb ‘essayer’ that, according to scholarship meant: to try to do something, to experience a thing, to suffer something disagreeable, and to test something. The verb could refer to a servant tasting a prince’s meat for poison or a customer sampling the weight of the coin for authenticity. Doherty tests his ability to stand up still while the sleep increases its grip. Like Icarus, whose wings were attached by wax easily melted by the sun, Doherty undermines the outcome by taking sleeping pills.

In difference to the art practices of the last five hundred years, or so, he cannot see the image of himself while creating it. Exploration of who is he, what he wants to say and how he wants to be seen is thus the direct first level on which Doherty’s video engages the viewer. The structure of the video embraces a conceptual decision and physical set up, but then it centres on ideas.  A move from physical to spiritual and back – a necessary condition for being an artist- appears as a matrix of authenticity, perseverance, integrity and dedication, while testing limitations. 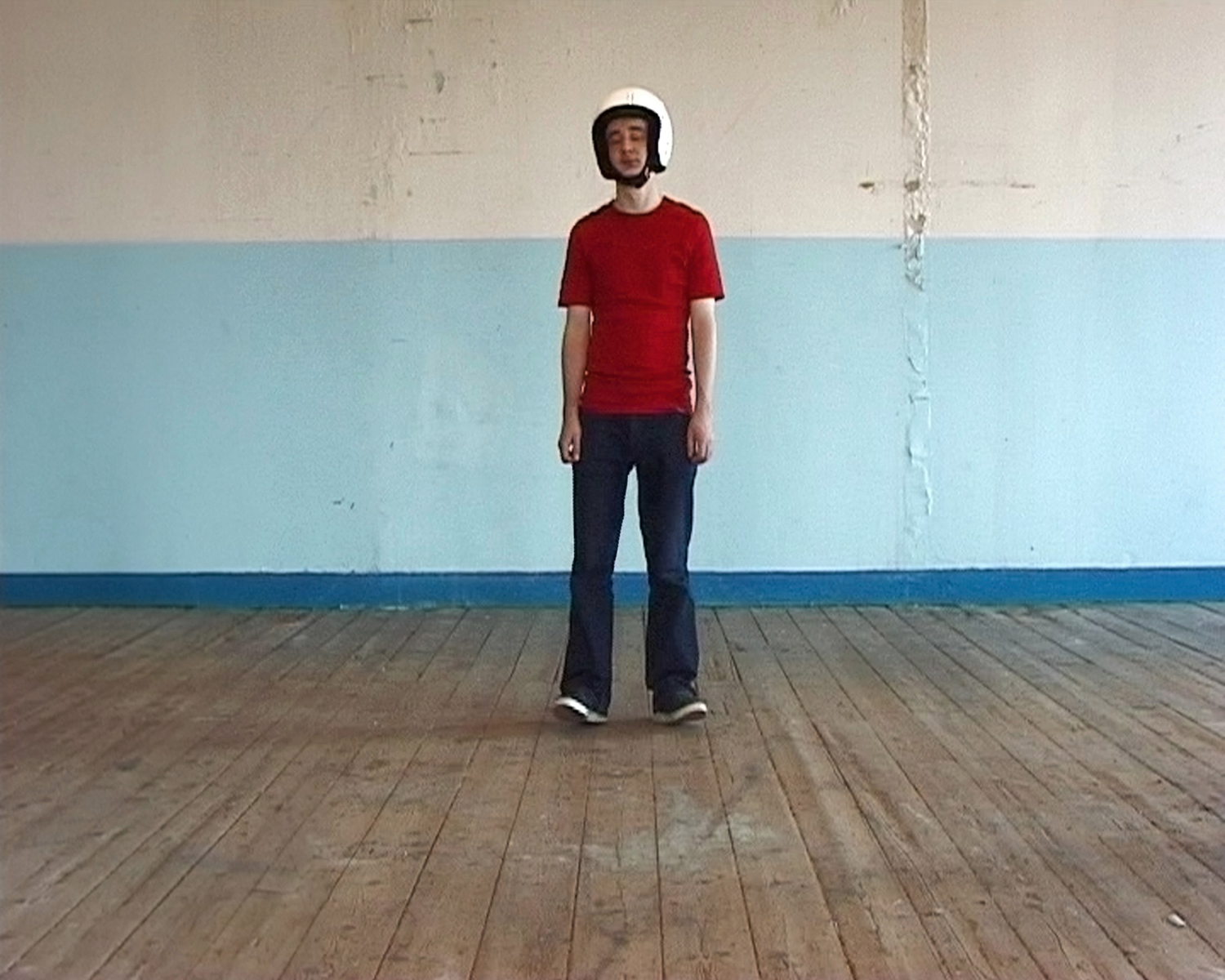 “Presented life-size and in real-time, a lot of Doherty’s video work is concerned with this kind of torturous suspense, sometimes we are gratified and sometimes we aren’t. In Waiting to Fall the artist is filmed standing in the gallery with a big white helmet on his head and he quite literally waits to fall. After thirty-six minutes of swaying in and out of sleep he eventually takes one step forward, one step back, teeters, and collapses. Thank God he wore the helmet.

Doherty’s works seduce you with their humorous suspense allowing you to work your way to the elemental themes that lie beneath the surface. He plays with time, gravity, and in the case of Eternal Rotation, water and electricity; powerful forces that are the catalysts of change.

In Waiting to Fall and Eternal Rotation I admire the way that Doherty sets up his artworks like scientific experiments and allows the elements to do their thing; the artist has no control of the result. Because of this organic system Doherty’s work makes you think about the transience and futility of life but this is always conveyed through comedic mundanity avoiding pretentiousness; this is slap-stick existentialism.”

Excerpt from DEATH AND THE ORGASM by Ian Bruce 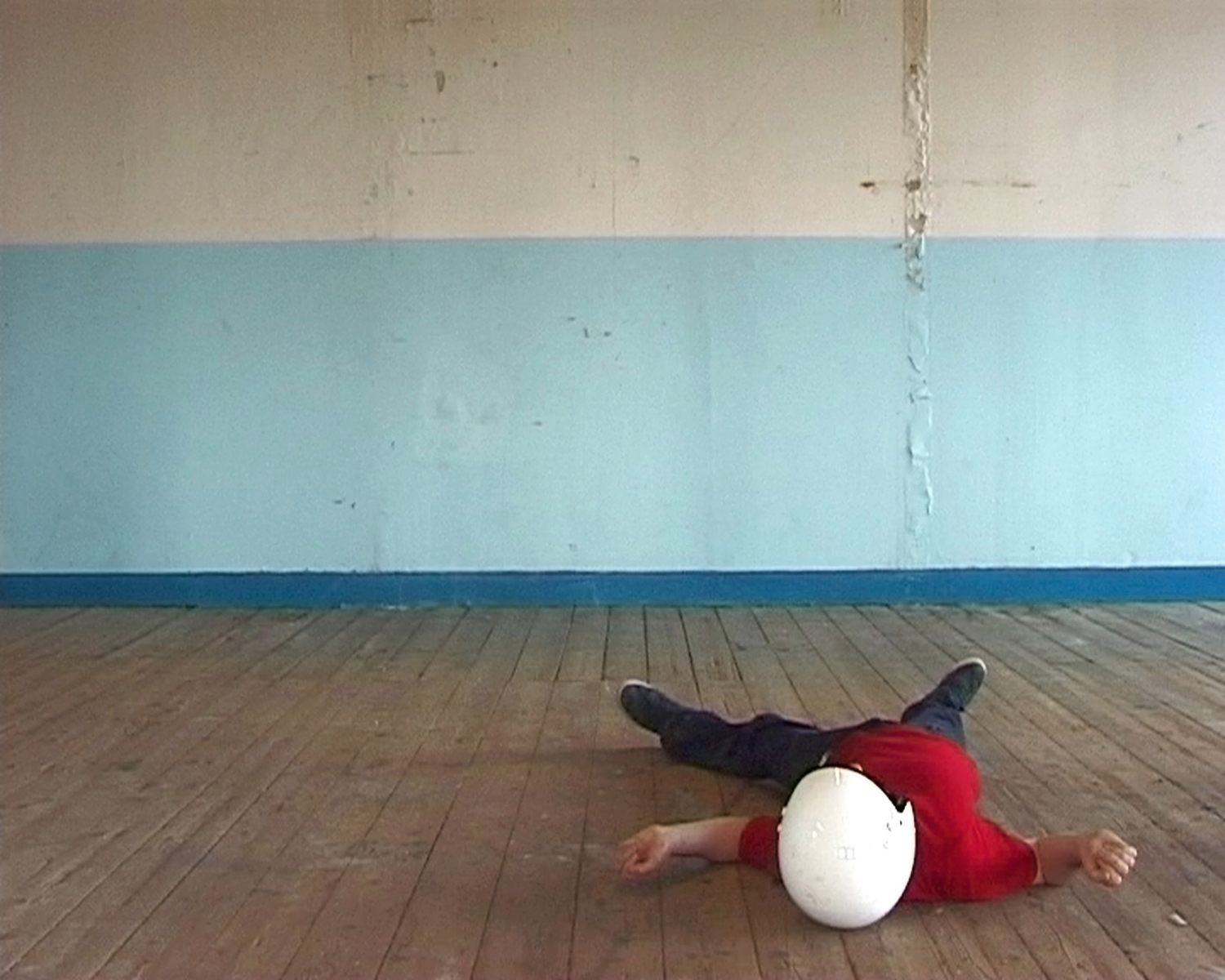 HOME VIDEO INSTALLATION STUDIO
BACK NEXT
Scroll to top